On Friday 24th and Saturday 25th February 2017 our project hosted its first symposium, on the subject of ‘Cultures of Law in Urban Northern Europe’. This was funded by the Research Institute of Irish and Scottish Studies (RIISS) and was held in the Craig Suite at the Sir Duncan C. Rice Library, University of Aberdeen. 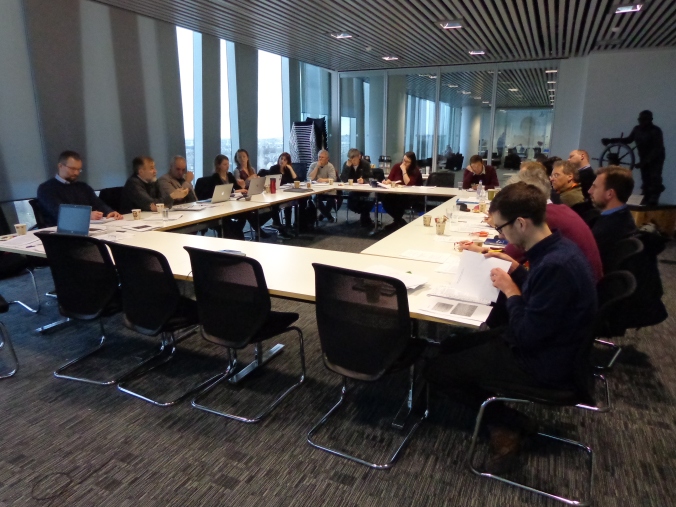 After a welcome from Michael P. Brown on behalf of RIISS, and an introduction offered by Jackson Armstrong, the sessions, chaired by Anna Havinga, Adam Wyner, Andrew Mackillop and William Hepburn included the following presentations:

Graeme Small (Durham) and William Hepburn (Aberdeen) – Typology of the written record: materiality and process in the Aberdeen Council Registers

Edda Frankot (Aberdeen) – Legal business outside the courts: private and public houses as spaces of law

John Ford (Aberdeen) – The Voyage of the James of Veere: Maritime Law in Aberdeen in the Early Sixteenth Century

The objective of this first gathering was to present ‘gobbet’ style extracts from primary sources, and to raise questions for development illustrated by those extracts. We look forward to reconvening in 2018 to share draft papers developed from these initial questions and discussions, in collaboration for an edited collection of essays on the subject.

One thought on “Project Symposium I: Cultures of Law in Urban Northern Europe”